Ground based photos of the International Space Station - early efforts 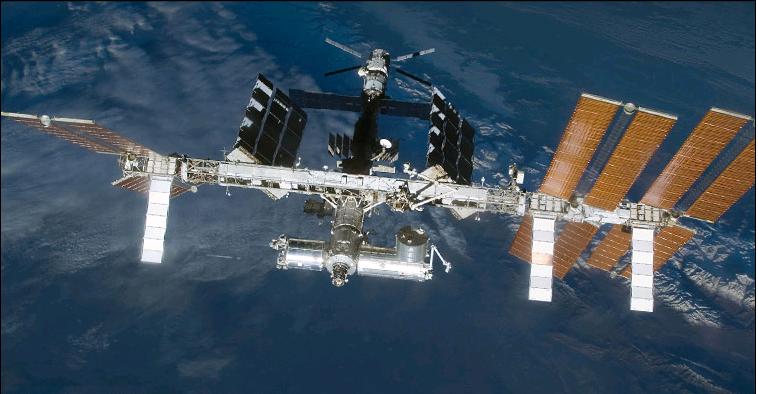 THIS is the reason that I bought the telescope that I did. When I saw what was possible with the ISS from the ground, I just had to try it.

I use Sat Tracker to control the telescope. I look through the finder scope on the telescope and using a wireless joystick. I try to get and keep the ISS on the crosshairs of the finder scope. This is very hard to do and the higher in the sky that the ISS passes, the harder it is. This is because it's apparent speed is MUCH faster as it passes overhead or nearly so. Also, Sat Tracker doesn't move the telescope perfectly smoothly and it doesn't seem to adjust the left and right motion as well as I would like.

January 18,2009. Afocal with a 15mm eyepiece with the A550. Camera lens zoomed to eliminate vignetting. ASA 800. In continuous mode it takes a picture per second. I THOUGHT I had the shutter set to 1/500, but I didn't.  The camera was setting the exposure much lower - one second. . ISS passed south - only 25 degrees elevation at maximum.  The long exposures caused blurring and extreme overexposure. I felt pretty good that I got it in the frame and pretty well kept it there. Here is one photo  that has an image on it. The photo was cropped out of a 7.1 Megapixel photo (3072 x 2304) and then resized to make it smaller. 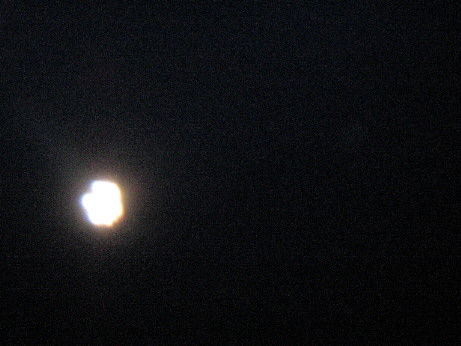 It passed over just minutes after sundown. The sky was still bright.  ASA 800 1/1000 exposure. Same eyepiece. I got the ISS on 35 frames, this photo is the result of stacking. 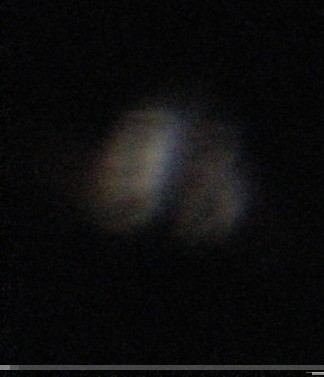 This is a single photo 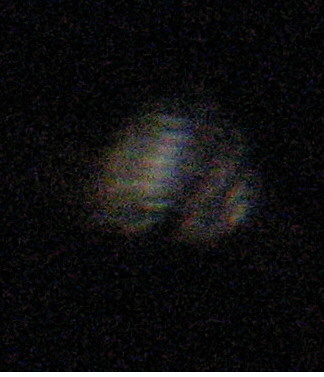 Using the afocal method was getting pretty frustrating so I decided to revert back to the web cam. It was a lousy pass. The ISS rose in the northwest and climbed to 35 degrees elevation in the southwest. I missed the end of the pass because of my observatory's roof and my garage. Worse yet, it was blocked by two trees west of me - one in the yard next door and one in the yard past that. The video below  uses only frames that had the ISS in them.  You can see that it is dim when behind the trees. By the time it came out from behind the trees I had pretty much lost my tracking of it. My focus was off, too.

Here is a screenshot showing the pass 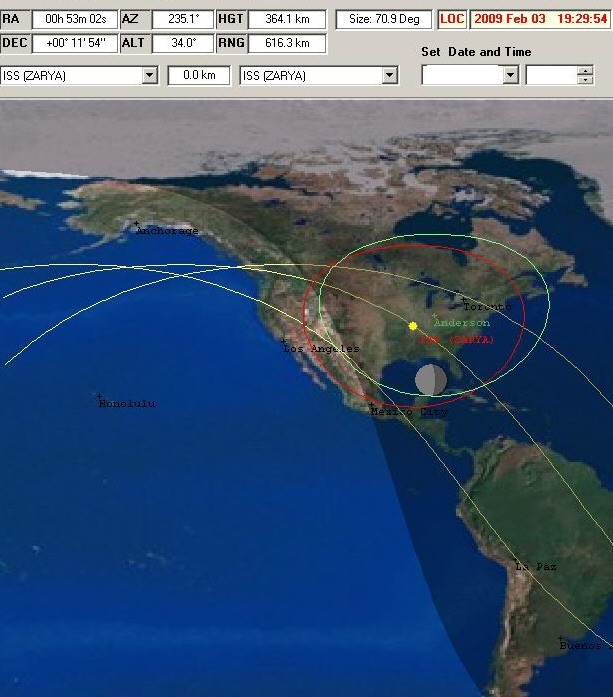 Here is a montage from several frames of the video 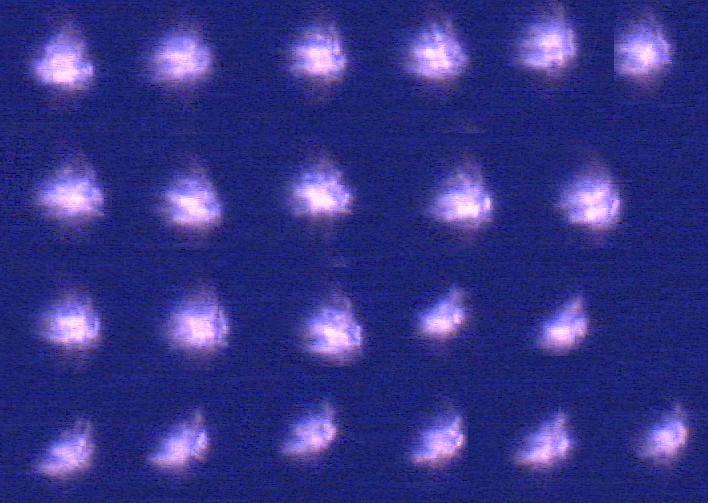 There was a high pass this evening, but only about 20 minutes after sundown. I decided to try to capture it.

Here is the screenshot of the pass 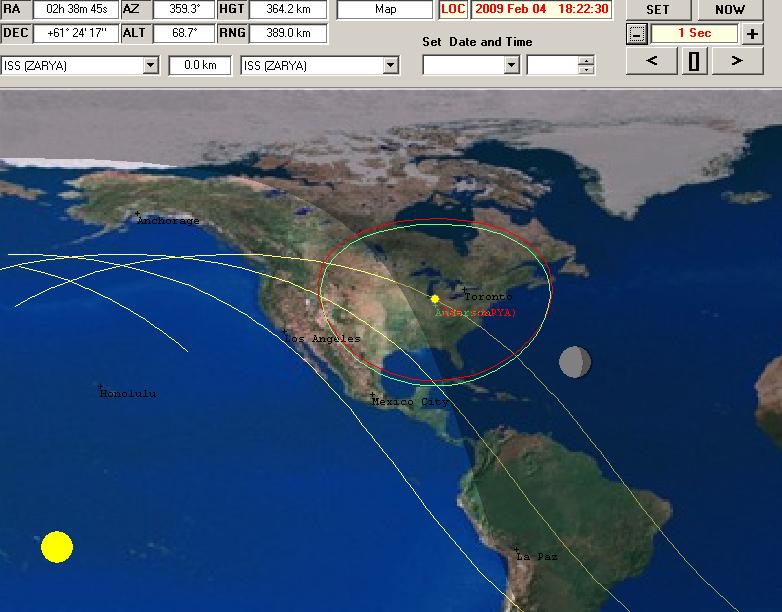 The video above includes only frames in which the entire ISS appears. The photo montage above  contains the best images from those frames.

The video below is the entire video from the pass. I post it only to show how elusive the ISS can be.

I'm trying something new now. I added a second web cam at prime focus on a finder scope. This way I can keep my eyes on the computer screen and see the output of both cams at the same time. This also makes it easier to change camera settings and adjust the tracking on the fly. I also set up dual monitors. One is solely for the video output of the two cams. Everything else is on the other screen. 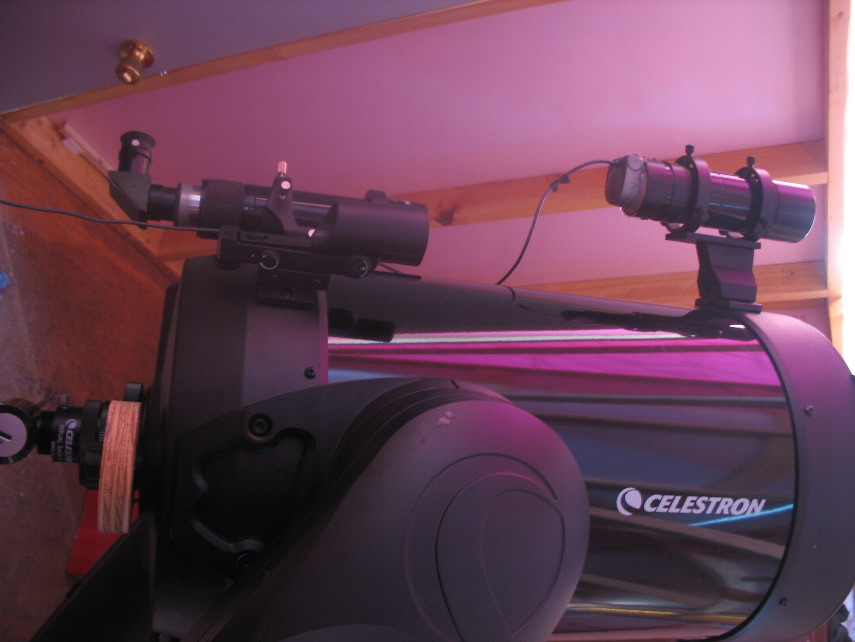 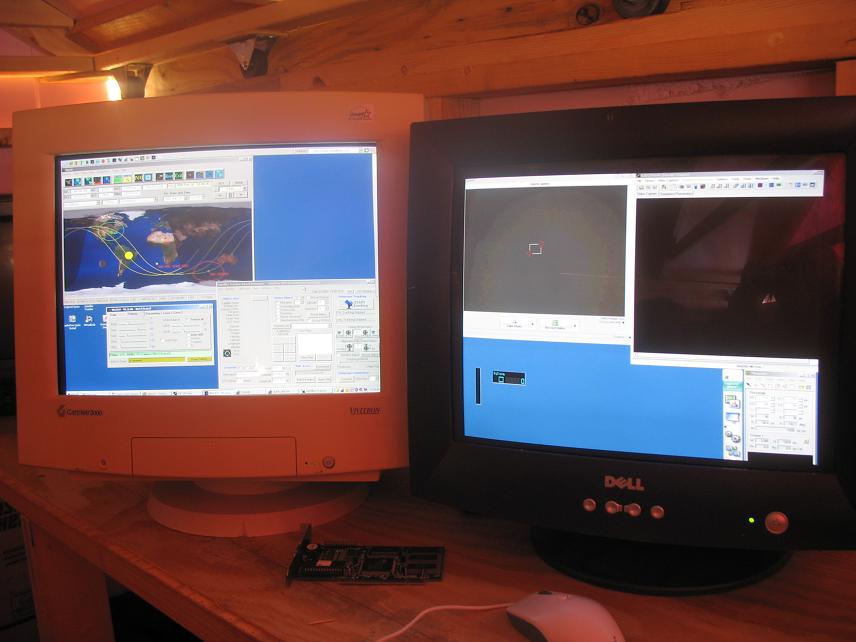 program screen has WcCtrl which adjust the camera settings and Sat Tracker which controls the telescope. At the top is E.O.O. which gives a live representation of the ISS's orbit and position.

On the other screen, the right portion is K3CCD which takers the main video.. The left side is for the findercam video. The white rectangle is done with Meazure and is adjusted to show what appears in the main camera. Using a mouse instead of a joystick to adjust the tracking gives me a coarse and fine adjustment instead of just a fine adjustment when using the mouse. If I can keep the ISS in the field of view of the main cam, I may also be able to adjust the exposure and maybe even fine tune the focus as well.

This was a very high pass. Here is a screenshot of it. 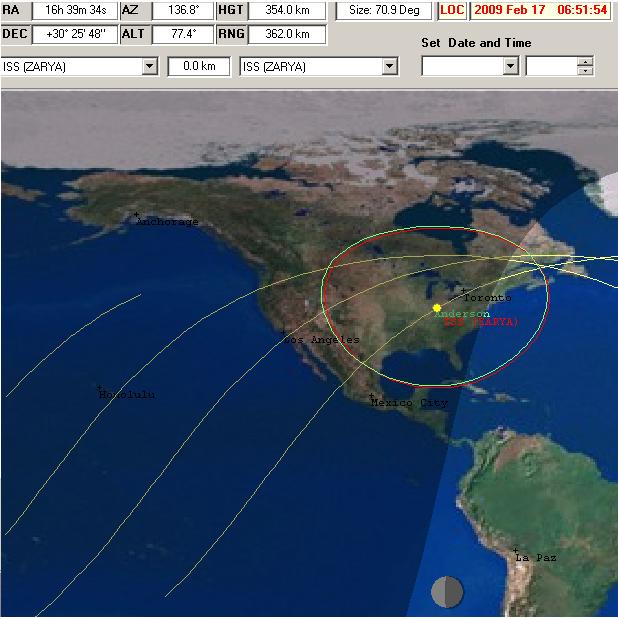 This was almost a total failure. I woke up about 20 minutes before the pass.  There was a thin cloud cover. Sat Tracker wasn't working out at all. It searched around a lot before it started tracking and I could see it was way off. I loosened the clutches and tried tracking by hand using only my red dot scope. My settings: 1/1000 - brightness 61 - gamma 61 - gain 49. The sky in the east was brighter than the rest of the sky. These are the ONLY frames that had an image. 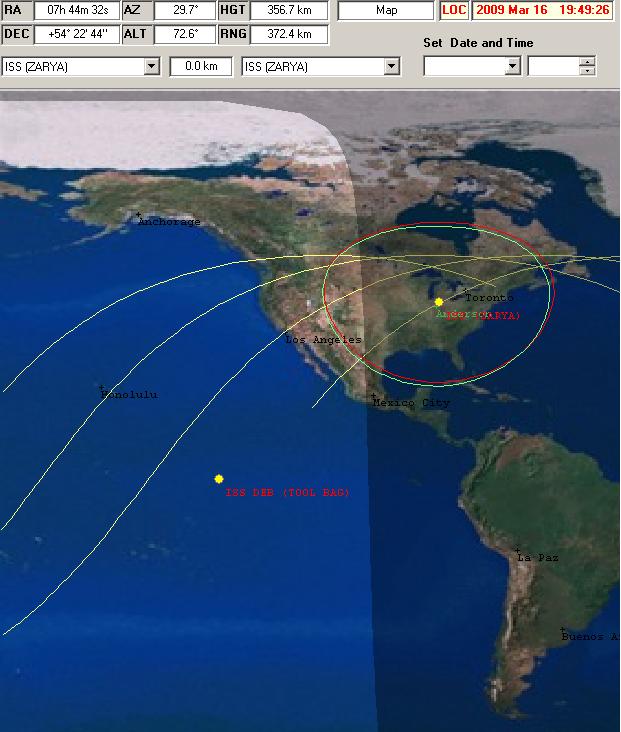 This is my first attempt since switching to a web cam on my finder scope for guiding. I used 1/500 shutter speed. Brightness and gamma at 61, gain at 49. I set everything up ahead of time and even did a dry run. I got a total of 2 frames out of 2300. I figured out my problem though. My computer is a 1.6 Mhz running Windows XP Professional. I discovered tonight that running two web cams and the other programs I need uses 100% of my CPU. When I start recording and tracking, it's just too much. so now I have to set up another computer dedicated to Sat Tracker.
I had my wife's laptop, but K3CCD wouldn't load on it. Sat Tracker wouldn't connect to the telescope. I didn't have the program for crosshairs loaded for the findercam. I tried it all on one computer and the tracking wasn't even close. I finally loosened the clutches and used a red dot finder scope to try to track it after it passed. The Space Shuttle passed over soon after, I tried tracking it manually with no luck whatsoever. This hobby is a lot of things, but relaxing isn't one of them. 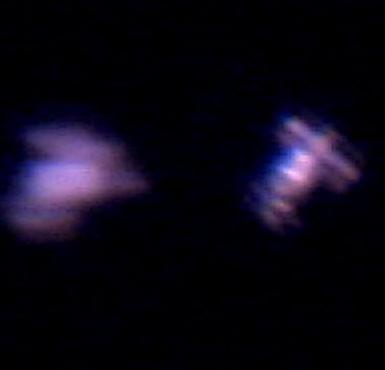 At least I got the exposure right. That should count for something, right?

Many of these people guide their telescopes manually.

Back to Main Page