I've been in interested in the global warming debate for years. I don't believe that man CAN change the climate, let alone believe that we ARE changing it. In November, 2009 all hell broke loose when a zip file was found on a Russian ftp server. This file contained many emails from the Climate Research Unit (CRU) at the University of East Anglia. and also program code and other data. It called into question a lot of the claims they have been making over the years. soon, other claims came into question, too.

I ran across this article about temperatures in New Zealand. It includes a chart from New Zealand's National Institute of Water & Atmospheric Research (NIWA). Their chart looks like this 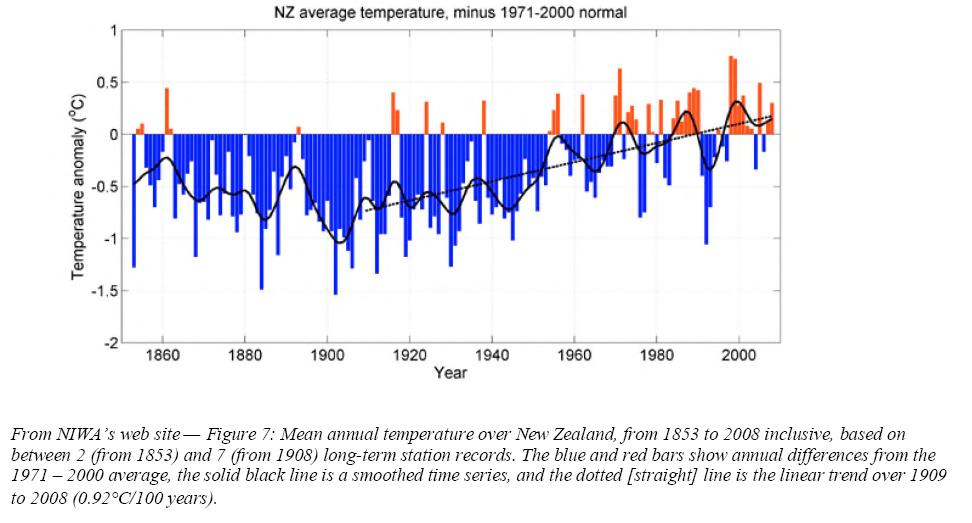 Wow, that looks pretty definitive, doesn't it? It's pretty clear that it's started getting hotter in, especially in the last few years. 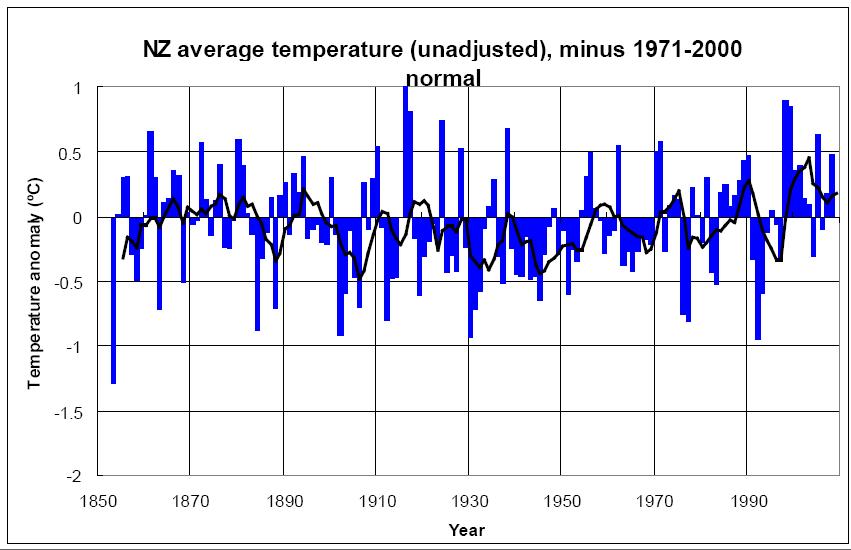 Hmmmm, something isn't right here. The authors mentioned that anyone can register at the NIWA web site and download whatever they want. So I did.

I chose regions randomly. I have no ideas where any region in NZ is, I've never seen a map that shows regions on it. Then in each region I chose 5 reporting stations at random. All I saw was the identifying numbers of each station. Since I don't know programming to reduce all of this down like they did in the charts, I just bought some chart paper and drew the annual mean temperatures for each station on a chart.

The first thing I noticed was that virtually all stations had incomplete data. One station only reported the annual mean temperature in 5 of 27 consecutive years!. Very few covered the entire time period, many only reported for a few years. I wonder how the "scientists" rectified this spotty data in their chart shown above.

After I did a few stations, I saw that it was going to be unproductive to do them all. I then only plotted stations that had long term data. I plotted them all on the same chart. I was only interested in the trend of temperatures. Here's my chart. Little cross hatch marks across the lines are years that each station reported no annual mean  temperatures. 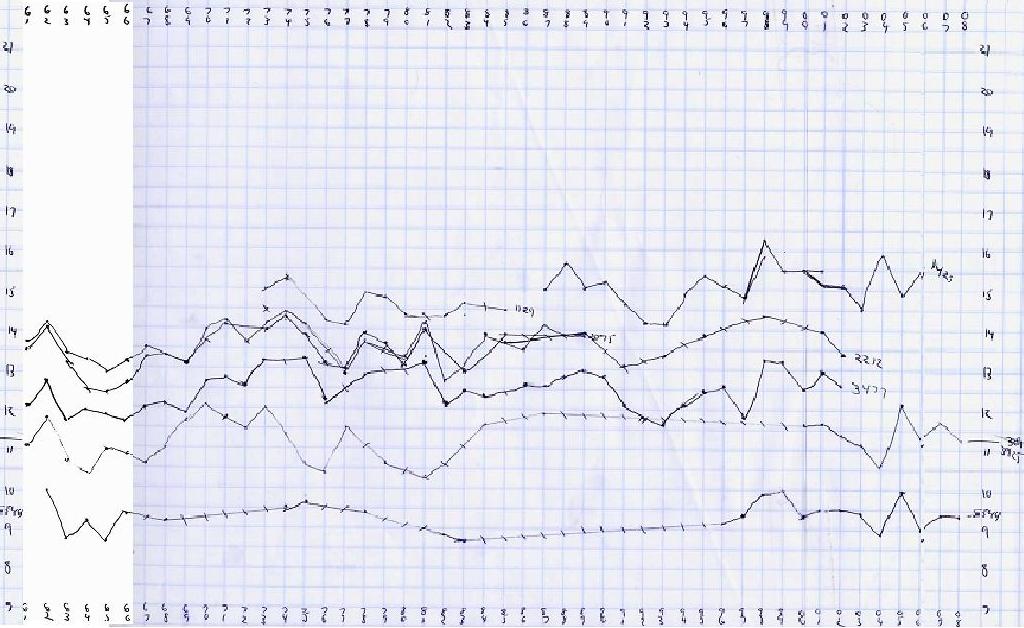 As you can see, there IS no upward slope of temperatures. There was no way for me to adjust or interpret the temperatures, I merely plotted them as reported. It seems pretty clear that my little experiment shows that the NWIW DID lie in their chart. They showed warming where there is none, just like the CRU did.

Here's a good article about the "hockey stick" scam

In December 2009 Al Gore claimed that there is a 75% chance that all polar ice will disappear in the summer within 5 to 7 years. I decided to check into it. I made a video showing what I discovered.