The GPS antenna in a Celestron CPC1100

One complaint that I frequently see on the Cloudy Nights forums refers to problems getting the GPS to link up properly. I've had my own problems with this, especially since I mounted the scope on a polar mount. I decided to open things up and look around. I took off the cover for the fork with the handle on it. 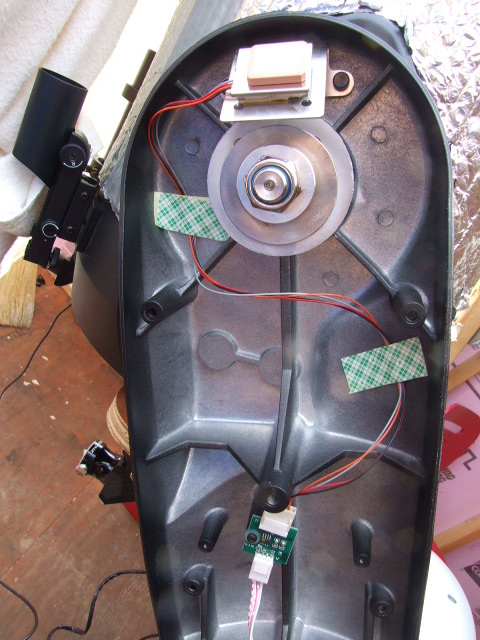 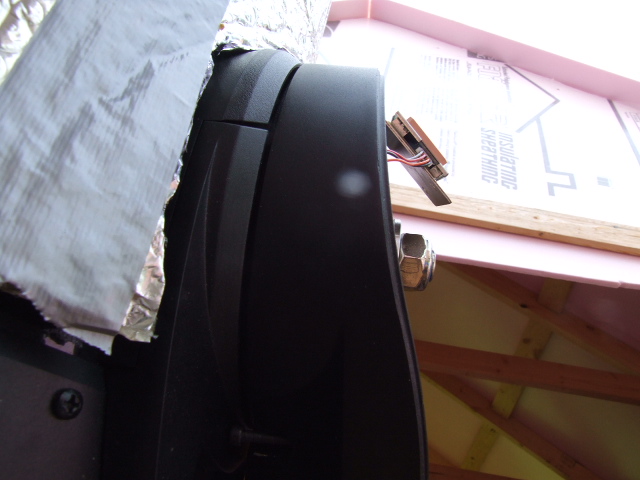 The antenna sits on plastic spacers and are held in place by plastic screws, so it is apparent that the antenna must not be grounded to the metal frame. I bent the frame holding the antenna down a little more. 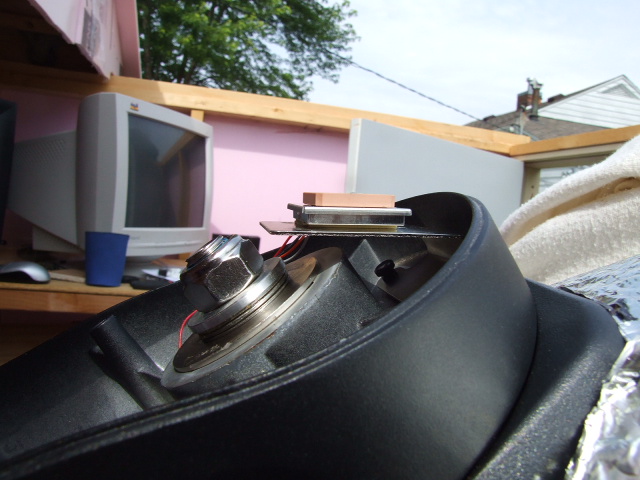 Now if I point the telescope to the west so that this fork is uppermost, the antenna should have a view of a wide area of the sky.

BTW, the silver stuff on the scope is insulation - I have been trying out an experiment brought up on Cloudy Nights by KerryR.