This camera (an Imaging Source DFK 41AU02) is a game changer for me.

My old camera's resolution is 640 x 480 with a maximum of 5 fps (frames per second) without the pictures getting compressed. The new camera can do 1280 x 960 at  15 fps. The chip is also much larger, too. This is VERY important. Used at prime focus, like I do now, the resolution will be about the same, but it will be MUCH easier to keep the ISS "on the chip". This, along with the faster frame rate should mean that I will have MANY more frames with the ISS in them. The area of the chip jumps from 9.72 to 47.12 square millimeters. 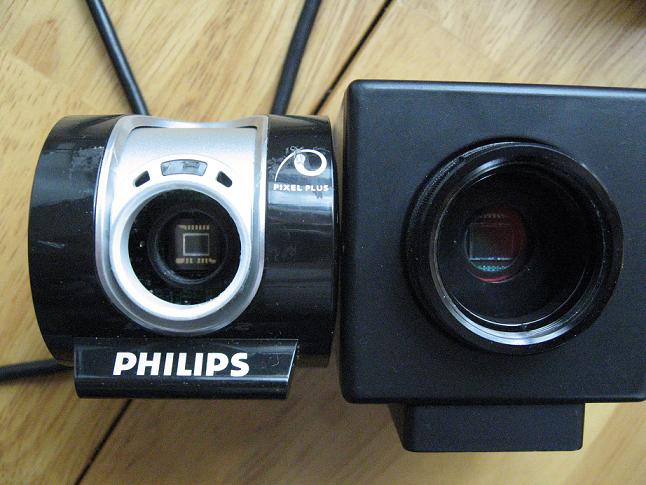 This photo shows the ISS as it would appear on each chip. You can see how much larger the Imaging Source's chip is. The photos above show the absolute maximum size of the ISS as seen in my telescope at prime focus - the smaller frame is taken directly from a frame I took of it when it was virtually directly overhead. I reduced the size of both photos by 50% so that they would fit on this web page. The ISS was over 200 miles away when I took this photo - the photo is actually the result of stacking about 100 frames and other processing done by Freddy Willems. The relative size on the chip shows that Imaging Source camera is much better than the Philips.

Here's another comparison. This is a frame taken from one of my videos. The white rectangle is 640 x 480, the size of the Philips webcam's chip.

As you can see, it would be MUCH harder keeping the ISS centered in the smaller rectangle.

It is very well built, very solid. It has also worked with every imaging program that I have tried with it. The range of exposure is 1/10,000 second to 60 minutes. The program that comes with it (IC Capture) allows me to change exposure while I'm recording a video! VERY useful while filming the ISS.

Samples of photos taken with it 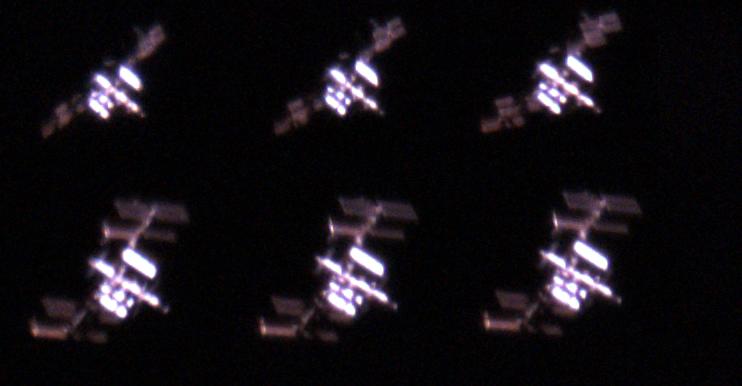 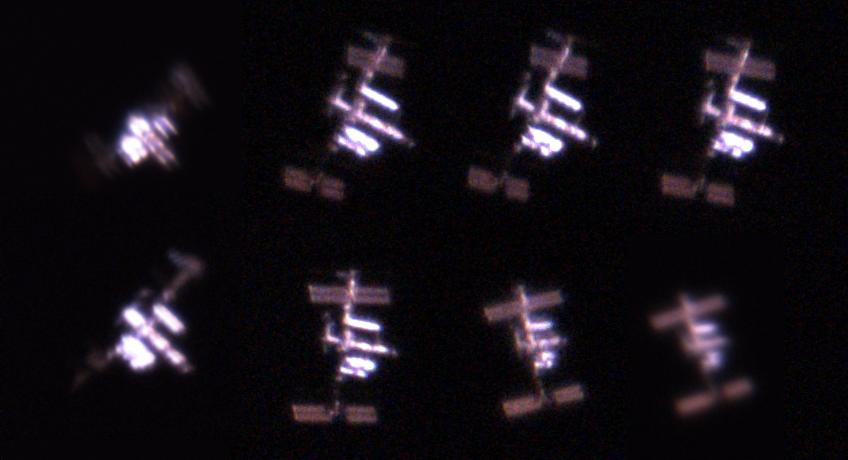