On April 27, 2011 President Obama released what he said was his original birth certificate. Other birth certificates from Hawaii have already been released, one of a baby born the day after him. The birth certificate for the later birth was even processed 3 days after Obama's, but still had a lower number. Weird.

The first one is Barack Obama's birth certificate. The one in the center is the birth certificate of a baby born the following day. Notice how much different they look and that it's file number is LOWER that Obama's.

I wondered if they looked different because the Hawaii Department of Health changed their methods of copying them for release. The certificate on the right was issued and sent to the person this year.

Then I started hearing about the possibility of it not being real, or at least not being unaltered. I loaded Obama's birth certificate, which was saved as a PDF file into Adobe Illustrator. I made a video showing what I learned.

The video shows what are clearly alterations made to the birth certificate.

Do you think it's a real, unaltered birth certificate?

Here is the text part before the changes were made. This is directly out of the PDF file. Of course, all of this only show changes made since the last time the file was opened. Other changes could have been made and saved earlier.

Another video. I found out how to release the "clipping mask". It shows where they selected the areas to be used later.

Now things are really getting weird

I found the version that ABC News posted. It looks like an actual high resolution scan. It is a MUCH better copy than the one the White House released and doesn't include the phony green background. 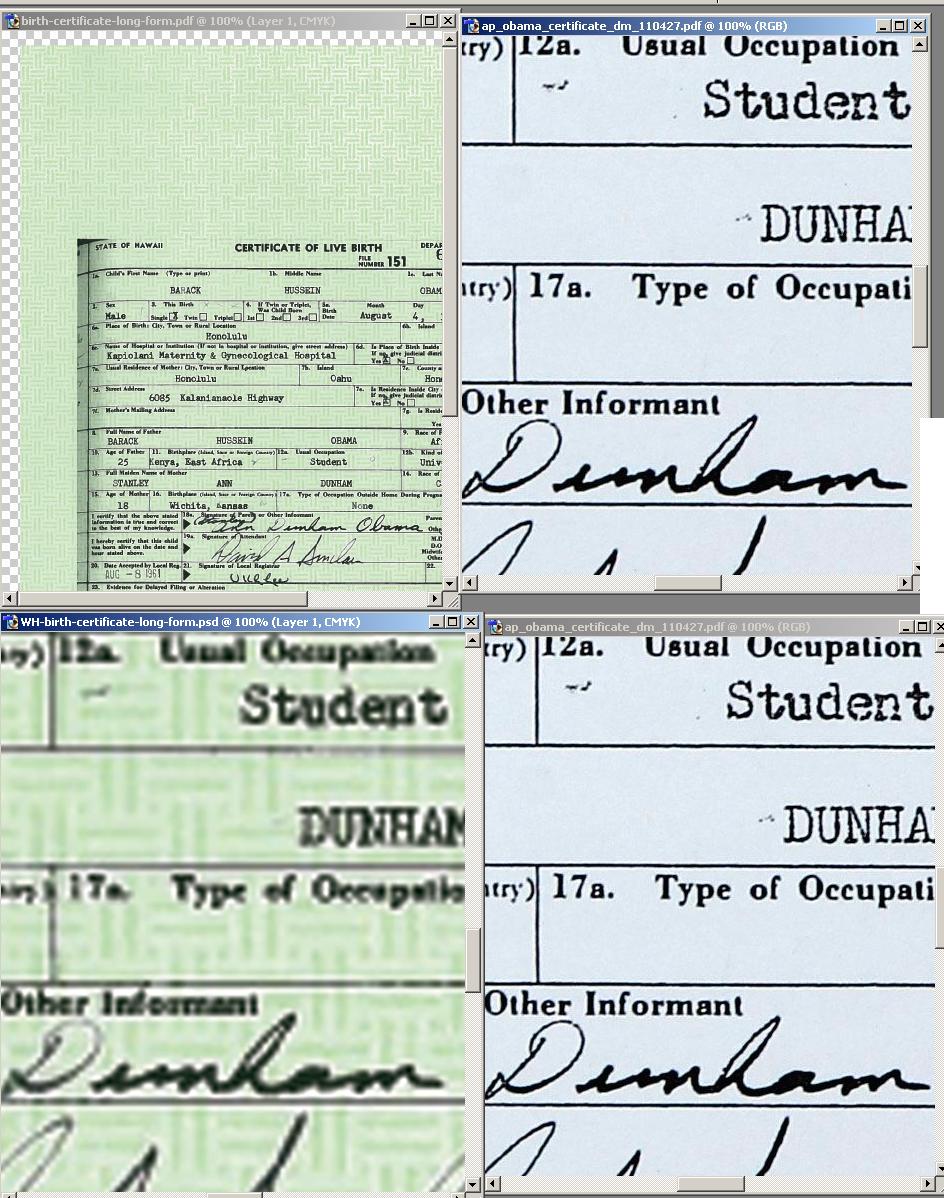 Why would the White House deliberately heavily edit the certificate, making such an obviously fake document?

I resized the two versions, then pasted each line from each together for easy comparison.

I don't see any changes in the information. Assuming the ABC version is real and unaltered, I can only assume that the White House deliberately made their version LOOK fake to create another controversy. Either that or they are really, really stupid.