This mount is based on my earlier experiments with tracking satellites using only one axis of a mount. Now I'm using a fork mounted telescope, which makes thing much easier.

It is pretty simple in theory and not overly difficult to reproduce. You basically need a wedge or some other type of mount  that allows you to adjust the altitude to match the altitude of a satellite at closest approach. You also need to be able to rotate the wedge or mount to accurately point to any given azimuth. 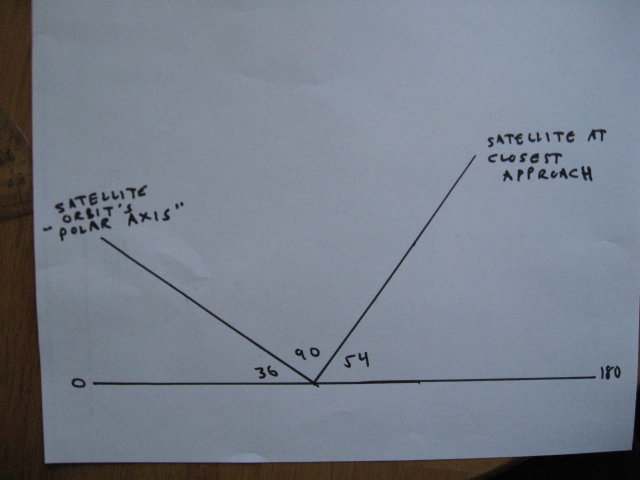 This photo  shows the mount pointing at the point of closest approach of the ISS from my observatory on 9-10-2009. Closest approach occurred at 326 degrees azimuth and 54.4 degrees altitude. 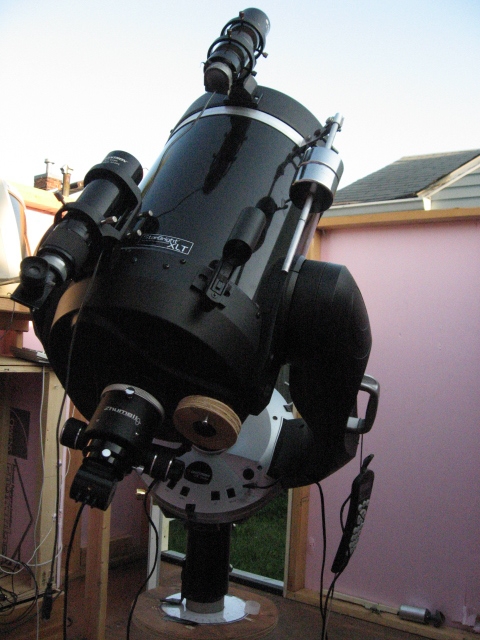 Here's a photo of the mount 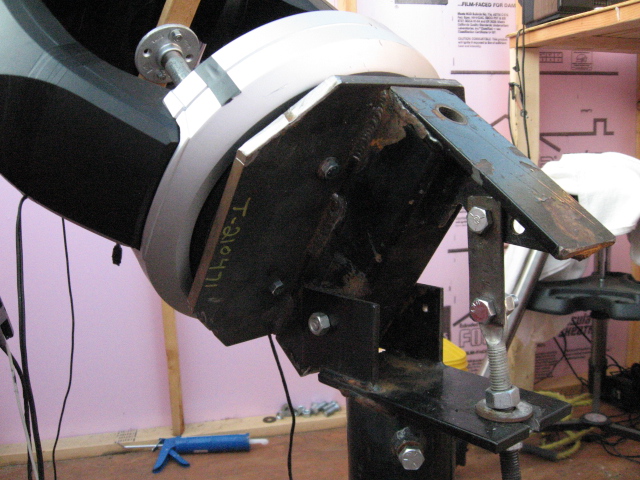 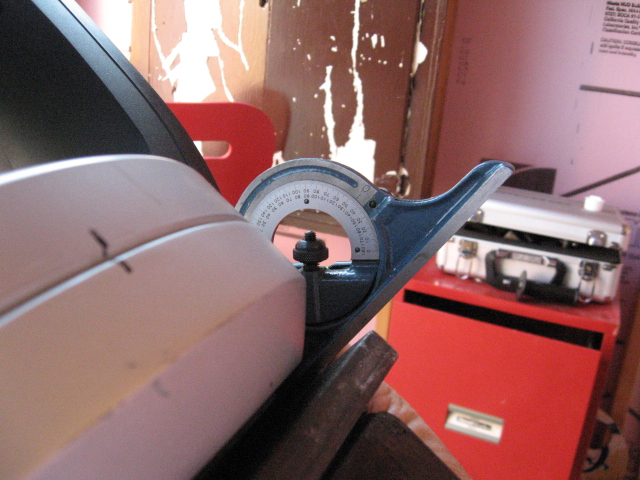 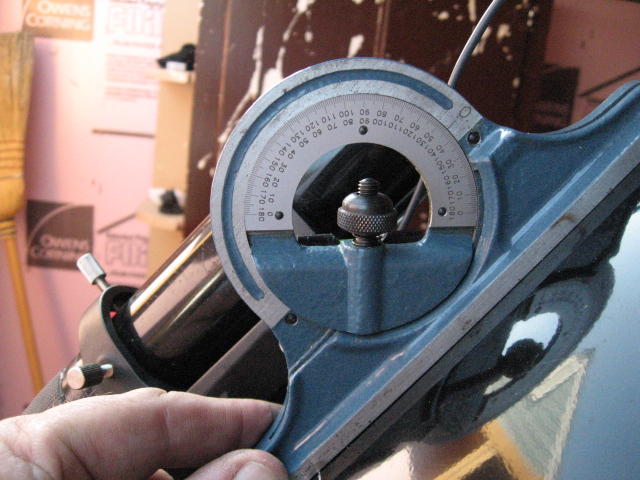 For normal astronomical viewing, the azimuth would be set at 180 degrees and the altitude would be set at 90 minus your latitude. I drilled and tapped holes through the mount and pole so I could reset the mount to normal use. I used the mount set this way to set the degree wheel.

My first test was a hurried job - there was a pass of the ISS that I didn't expect - it wasn't dark enough to focus the telescope on a star or to check the alignment of the finder scope. My mount wasn't finished yet and I cobbled things together in a temporary manner. I bumped the altitude axis of the telescope 6 degrees during the pass. At this point I don't know if the mount wasn't set just right (most likely) or there is some inherent correction factor needed because the satellites are not at infinite distances.

In the future I need to align the finder scope's crosshairs with the path of the satellite and to tighten the clutch on the telescope's azimuth axis slightly to smooth out my manual tracking. All in all, I was pretty happy with my experiment.

I have since been told the flaw in this type of mount. The satellites are orbiting around a point at the center of the Earth, but we are on the surface. This introduces a problem when trying to track using one axis only.